Why do we laugh? Could it be a defence mechanism? We hear the punchline of a joke. It shocks us. Danger! We expose our canine teeth. Then we realise the joke’s harmless and we relax. Our tension is released as laughter.

Of course, jokes relax tension. It’s a truism. They help a community to live together and a person to live in that community, even when times are not funny.

But how can jokes help us write better stories? Here are five ways to enrich a story with ‘strategic humour’ although the story might not be humorous at all.

This joke leads us along one line of thought then suddenly changes direction.

A man has just won $10 million in a lottery and is being interviewed by a reporter.

Reporter: ‘Now you’ve got no money worries do you think you’ll be troubled by begging letters?’

It’s not what we expected to hear. We can apply that principle in a story to deepen its pathos or poignancy. For example, a husband and wife are sitting with a marriage counsellor.

Counsellor: ‘So where’s the problem, do you think?’

Husband: ‘My wife neglects the kids. She kicks my dog. She’s sleeping with my best friend. And (his eyes dampen) she hasn’t sent me a Valentine card for three years!’

We start to laugh at the incongruity of his last complaint, but then…

Imagine a criminal and his attorney are sitting in a court room. The judge enters. He’s a diminutive person.

‘Relax.’ The lawyer grins. ‘These little things are sent to try us.’

Kathy Reichs’ crime novels are full of jokes like that. Bad jokes. They have to fail. Why? What decent person can laugh at the aftermath of a rape or murder? A sub-text of noir humour – the continual release of tension – lets both the author and the reader cope with the unthinkable.

Wordplay was once popular in Jacobean plays. Almost every line contained a snappy joke or double entendre, even in serious contexts. That style is now out of fashion except in farce or blatant comedy. But it can still be an effective way to characterise a narrator and endear him or her to the reader.

“‘What do you think, Bono?” The cat didn’t answer me. That’s what happens when you talk to cats.’

Textbooks often say that a story should not draw attention to its style. Wordplay, especially humorous wordplay, jolts the reader out of the tale. But games with words are valid if they characterise the narrator as quirky, amusing, engaging, whatever… Because the reader stays within the narrator’s point of view.

An episode may be tense, serious or tragic but it need not retain, relentlessly, the same emotional tone. Nor should it. Humorous moments can give the reader a comfort break and, by contrast, deepen the underlying mood of poignancy or crisis.

Suppose a woman is being pursued across Washington by villains. It’s midnight. Capitol Hill is empty. She runs up the steps of the Jefferson Library and bangs hard on the door. Can she rouse the security guards?

In the shadows, a beggar shakes his head. He mutters ‘That lady needs to read a book real bad.’

The joke relieves the tension for a moment, only to deepen it. Because the door stays shut and the villains creep closer… (With apologies to Dan Brown’s The Lost Symbol.)

If jokes are a defence mechanism, as I suggested earlier, we would laugh the loudest at what we fear the most. And so we do. Here’s a revealing joke:

Q: How many copy editors does it take to change a broken light bulb?

A: None. Copy editors only change what’s working.

Whatever author told that joke had good reason to fear copy editors. In our stories, we can use jokes to reveal the inner terrors and prejudices of characters who might otherwise appear cryptic. For instance, what does this joke tell us about the speaker?

‘“Women are funny creatures. For example, take my wife.” He tittered. “Oh, please, somebody take my wife…”’

This man is uneasy with women, to say the least.

Prejudices are the flipside of fear so they’re the basis of many jokes. For example, jokes in the 16th century could be very cruel. Their typical targets were cripples, old widows, beggars, whores and foreigners. Perhaps these were symbols of, respectively, illness, death, poverty, venereal disease and invasion – all things greatly to be feared.

Here’s a more recent example of a joke that reveals a community-wide fear:

Q: How do you confuse an Irishman?

A: Show him two shovels and ask him to take his pick.

This joke was first recorded in England in the late 19th century when English labourers feared Irish navvies. They were thought to be stealing Englishmen’s jobs. (My apologies to contemporary Irishmen.)

People will tell jokes based on prejudice only when they think their audience will laugh with them, not at them. So we can imbed such jokes in our stories to reveal, in just a line or two, the tacit assumptions of an entire social group.

As authors, we can use humour strategically in those five ways to disclose the hidden personality of a narrator, add texture to a story and deepen its tone, and reveal prejudices in our characters that might otherwise be invisible.

Our story need not in itself be funny. When Hamlet heard that Ophelia had drowned, he quipped ‘Too much of water hast thou, poor Ophelia.’ Some might call it a joke but few would call Hamlet a comedy.

What are your experiences of using humour in a story, even when the story is not intended to be humorous? 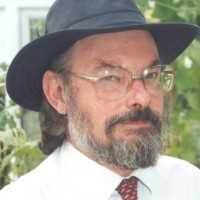 Dr John Yeoman, PhD Creative Writing, judges the Writers’ Village story competition and is a tutor in creative writing at a UK university. He has been a successful commercial author for 42 years. A wealth of further ideas for writing fiction that sells can be found in his free 14-part story course.
« When Fear Is a Good Thing for Your Writing
What Charlotte Brontë Taught Me About Writing »