I like to mix up my fiction reading—commercial versus literary, classics versus contemporary. A year or so ago, I decided to tackle Elizabeth Gaskell’s North and South. Mrs. Gaskell, as she was simply known, was a contemporary of Charles Dickens and the novel has been described as ‘an industrial Pride and Prejudice.’

Through this I discovered that Mrs. Gaskell had written the groundbreaking biography The Life of Charlotte Brontë. While the biography was written posthumously, the subject and Mrs. Gaskell were friends. As fellow female novelists at a time when the activity was still frowned upon (Brontë was originally published under a pseudonym, Currer Bell), they presumably had much in common.

One day I was passing a bargain book bin, and there among the potboilers with titles in BIG LETTERS was The Life of Charlotte Brontë—destiny! At 400 pages, the biography is a hefty read but well worth the effort. This is what I gleaned from the account of Charlotte’s life.

1. Write what you know, but there’s no substitute for an active imagination.

Charlotte and her sisters lived a cloistered life in the remote and forbidding Yorkshire village of Haworth. There was little money, but they were avid readers. Many of the early scenes of Jane Eyre were loosely based on Charlotte’s time at Cowan’s Bridge School (where her two older sisters contracted fatal illnesses). But how did Charlotte come up with the central story for Jane Eyre?

Gaskell reports that when Charlotte was nineteen and working as a teacher:

[…] an event happened in a neighbourhood in Leeds, which excited a great deal of interest. A young lady, who held the situation of governess in a very respectable family, had been wooed and married by a gentleman […] A year after the marriage, during which she’d given birth to a child, it was discovered that he whom she called husband had another wife. Report now says that this first wife was deranged […]

Sounds like Charlotte took the ball and ran with it, to use a modern expression.

However, Charlotte did know about forbidden love. While Gaskell suppressed the details in the biography, it’s subsequently been revealed she did fall in love with a married man, Constantin Héger, her French teacher in Belgium.

2. Heroines do not have to be beautiful.

This is a quote from an obituary of Charlotte’s:

She once told her sisters that they were wrong—even morally wrong—in making their heroines beautiful as a matter of course. They replied it was impossible to make a heroine interesting on any other terms. Her answer was, ‘I will prove to you that you are wrong: I will show you a heroine as plain and as small as myself, who shall be as interesting as any of yours.’

That heroine, of course, was Jane Eyre.

Interestingly, another Elizabeth—Gilbert, of Eat, Pray, Love fame—has made, Alma, the heroine of her new novel, The Signature of All Things, plain. In a recent interview in The Sydney Morning Herald she said, “The fact is that most literary heroines are not plain but most women in real life are not stunning. Literature is a bit disproportionate and I wanted to correct that […]”

Gilbert went on to say that, “Lots of sexy people are not evident.” I think this may describe Charlotte Brontë. She was plain yet she had men falling all over her. This won her several marriage proposals, before she finally accepted that of her father’s curate, Mr. Nicholls.

While Charlotte disparaged her looks, Gaskell offers some personal insight into her effect on the opposite sex.

Two gentleman who saw her during this visit, without knowing at the time who she was, were singularly attracted by her appearance; and this feeling of attraction towards a pleasant countenance, sweet voice and gentle timid manners, was so strong in one to conquer a dislike he had previously entertained towards her works.

I wonder who among us is brave enough to follow Charlotte’s and Liz Gilbert’s example.

3. I should stop complaining about not having enough time to write.

Following the death of her mother and older sisters, Charlotte—herself very frail—became mistress of the house, tending to household chores, an ailing father, and nursing her three younger siblings, Emily, Anne and Branwell, in their terminal illnesses. As Gaskell explains:

[…] it was not every day that she could write. Sometimes weeks or even months elapsed […] Then some morning she would wake up and the progress of her tale lay clear and bright before her […] When this was the case, all her care was to discharge her household and filial duties, so as to obtain leisure to sit down and write out the incidents […] more present in her mind […] than her actual life itself.

Yet even at these times, according to reliable testimony, ‘never was the claim of any duty, never was the call of another for help, neglected for an instant.’

Wow, she was a better woman than me.

Through all this she managed to write three novels and contributed to a book of poetry, before her own premature death at thirty-eight. She sounds remarkable, don’t you think?

Have you learned anything from reading the biographies of novelists? 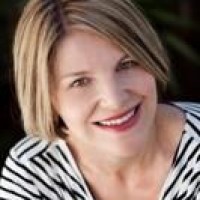 Benison O'Reilly is an Australian writer and author of three books with Jane Curry Publishing: The Australian Autism Handbook (2008 & 2013), Beyond the Baby Blues (2011), and a novel, Happily Ever After? (2010). She is currently writing her second novel at a much slower pace than she'd like. You can follow her on Twitter @BenisonAnne.
« How to Enrich a Story with ‘Strategic Humour’
Use a Nonlinear Format to Grab Your Reader by the Eyeballs »