This month I wanted to discuss a topic specific to my main area of writing interest–young adult fiction.

One of the things I am asked most often by aspiring YA writers is how to write realistic teen characters. Last month on my blog, Martina Boone said:

It seems to me there is little difference between the craft of a YA novel and that of an adult novel. The differences are more of voice, perspective, and the depth of the POV. I’d love a post on how you perceive those differences.

It’s true there is little difference between adult and YA novels structurally. The most notable difference is the teen viewpoint versus an adult viewpoint. But rather than compare the two, I think it would be beneficial to focus solely on what works in an authentic teen viewpoint.

Insecurity lurks in all of us, not just teenagers, but for some reason it becomes most outwardly apparent during the years we are transitioning from childhood to adulthood.

Even when teens are insecure in some areas, they will still react impulsively in certain situations. For example, a boy in high school could go from awkwardly talking to another student he finds attractive in one scene, and in the very next he’s breaking up a group of bullies assaulting a weaker student. He has the impulsive response to stand up for what’s right, regardless of the danger, even though he couldn’t muster up enough courage to ask someone out to a movie.

Another teen character could have the opposite problem. He faces social situations with ease, but when confronted with a dangerous physical conflict, he freezes up. The different combinations of what makes your teen character insecure mixed with what he will react to impulsively is a big part of how you make each character unique, while keeping them authentically teen.

Teenhood is when we start developing a deeper understanding of our role in our personal life, our local community, and in the world as a whole. Although it may take us decades, on into adulthood, to finally establish ourselves in such a role.

Most teens are much more intelligent than they are given credit for. A teen character does not have to be a “nerd” to be intelligent in some area. They could be a brilliant musician, or mathematician, or artist, or cook, or athlete, or whatever you can think up. The point is, people don’t master anything without intelligence. Giving your character a passionate focus on something they enjoy and are clearly good at can add an authentic layer to both their characterization and their story.

Teenagers have not lived long enough to be adults, but that doesn’t mean they haven’t lived at all. They each have their own history, and that history will affect their present actions and decisions they make about their own future.

For example, if a girl’s father works as a police officer, she has lived every day of her life with the knowledge (and fear) that one day he may not ever return home from work. Each day he says goodbye on his way out the door could be the last thing he ever says to her. This could realistically affect her choice of romantic partner, always in favor of someone considered safe. A good dramatic conflict for this character would be to introduce her to a “dangerous” love interest she can’t resist.

Milestones in childhood and teenhood seem to take forever to reach, whereas in adulthood time slips away too quickly. Even regular events, like birthdays, always feel far away. This is why so many teens fixate on upcoming milestones, like getting a driver’s license, getting their first job, graduating high school, etc.

Fictional teen characters, no matter if they live in the real world or one the author created, feel authentic when they have this same mentality, always looking ahead toward something they want. That something could be an object, an accomplishment, a new responsibility, higher learning or an apprenticeship, moving to a new location, etc.

Remember when Luke Skywalker whined to his uncle Owen about having to wait “a whole ’nother year” to go to the academy. Why is one more year helping his uncle with the harvest such a big deal? Because he’s young and eager to try something new and his friends already left for the academy last season. To an adult it might seem annoying and trivial, but to Luke his whole world is crumbling. This “milestone mentality” works for teens no matter what genre the novel.

YA authors, would you add anything to these points? Aspiring YA writers, do you have a question about this topic that wasn’t answered above? 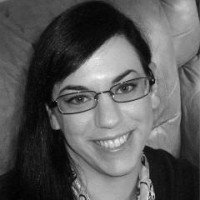 Lydia Sharp is a novelist and short fiction author. She has been dedicated to helping fellow writers one-on-one and through various websites and blogs since 2009. She is currently a regular contributor to Writer Unboxed (since 2010) and Write It Sideways (since 2012). For all the places you can connect with Lydia, and find her books, please visit her website.
« You Are Here: The Road Map of Writing
Excerpt Critique: “Legend of Dark Mountain” »